Proposed Legislation Supports Animals' Rights and will Save Counties Money.

For the last six months, since August 2016, the Tobacco Valley (TV) Animal Shelter has been responsible for 67 dogs, many of them poodles, that were rescued from horrific living conditions. The animals cannot be adopted until litigation between the Libby breeder and Lincoln County has been settled. The trial date is set for mid-April of this year. Montana presently lacks legislation that would make the owners of the seized animals liable for the cost of their care. So far, the bill has cost the county $40,000 and the TV Animal Shelter $15,000, with costs accruing daily. If it is dragged on by appeals the expense burden will, obviously, only grow.

The dogs in “Poodlegate,” although no longer suffering, cannot go to permanent homes until the litigation has been settled. That's hard on them, especially those who have already suffered terribly. According to Wendy Anderson, Animal Control Officer for Lincoln County and Director of the TV Animal Shelter, many were “severely matted, underweight, and several had medical issues that had to be immediately dealt with. They were kept in tiny cages, had no room to exercise and they were being bred for more litters than is considered safe or humane.”

Ironically, the County became aware of the situation when the owner of the breeding facility, Cathy Odegaard of Libby, applied for a kennel license. Wendy Anderson and Kathy Hooper, head of Lincoln Co. Health Dept., went for the license inspection - it was obvious that conditions there were sub-standard, to say the least. They turned the information over to the Lincoln Co. Sheriff's Office, who arranged for an assessment by an independent veterinarian. That assessment of inhumane living conditions resulted in a facility shut-down and seizure of 67 dogs, 6 mules as well as some parakeets. Ms. Odegaard surrendered the parakeets to the County for adoption, but not the dogs and mules. According to Wendy, “Ms. Odegaard didn't think she was doing anything wrong and thinks she can win the case.”

The outrage here is that there is undue stress on the animals and that we, of Lincoln County, must pay for their upkeep until the legal issues have been resolved. However, there is a solution. The “Cost of Care Act” (title abbreviated), Senate Bill 203, has been introduced to the 2017 Montana State Legislature.

Senate Bill 203 would revise laws governing seizure of animals, their welfare hearings, and put the burden of the cost of care on the original owner. A reasonable amount to cover the expense of caring for the animals would be set by the court and reviewed every 30 days. An inability or unwillingness to pay the expenses could result in the animals being forfeited to the county, in which case they would be available for adoption.

Were this law to be in effect, “Poodlegate” could have been over months ago. The dogs and mules would be in good homes and Lincoln County and the TV Animal Shelter would not be strapped with a huge bill for their expenses. We need solid legislation that will protect animals from the brutality of being bred in grotesquely inhumane conditions.

Cathy Odegaard's is not the first “puppy mill” that has been seized in Montana. YES - there are animal breeders in our state who do a stellar job of taking care of their wards. They will not be adversely affected by regulations or legislation because they are already doing what they should. However, because our state laws do not currently hold breeders accountable, our state attracts some who are unscrupulous. See the article, “Defender of Dogs” from the Sept. 2016 issue of the Flathead Beacon for another heart-wrenching example.

To voice your opinion regarding Senate Bill 203, contact our Lincoln County representatives, Mike Cuffe and Chas Vincent, at (406)444-4800. The Session Information Desk is open from 7:30 a.m. to 5 p.m. Mondays through Fridays and from 8 a.m. to adjournment on Saturdays. Leave a message for them or send an email to Your State Representative

About the Author: Alice B Elrod is a longtime promoter, supporter and contributor to our community. I love living in this glorious valley. There are so many people here who ardently strive to help out and it's a pleasure to pitch in when I can. Writing for visitNWmontana gives me a chance to know more about our community lets me invest some creative time in getting the word out about how wonderful it is to call this place home. I also have the privilege to be involved in the community by working with the Creative Arts Council, Recycle Eureka and through my chiropractic practice, Elrod Chiropractic. 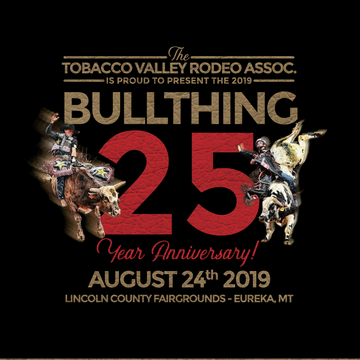 Send Us a Message

VisitNWMontana.com is all about inspiring, promoting and helping to build and sustain NW Montana through stories, blogs, photos and fun – one person, one business and one experience at a time.

Northwestern Montana is a charming area of quaint towns, millions of acres of state and federal land, hiking, camping, waterfalls, rock climbing, fishing and hunting, skiing and snowmobiling. We offer an impressive collection of shops, art galleries, golf courses, bed and breakfasts, spas, and restaurants not to mention annual events such as the Bull Thing, the Ten Lakes Snowmobile Fun Run, and the Eureka Montana Quilt Show. Enjoy the outdoors and the small town spirit that makes you feel right at home. Stay for a short trip, or meet with a realtor to find out about owning your own little piece of Montana real estate.

Where are we and how do you get here? Fly into Glacier National Park Airport (FCA) or Spokane International Airport (GEG). Eureka is 7 miles from the Canadian (Roosville) Border and 67 miles east of Libby or 51 miles north of Whitefish.